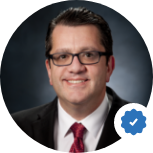 Dr. Araim is a board certified vascular surgeon. Dr. Araim has lived and worked in Visalia since 2007.  He is originally from Long Island, New York. He first became interested in a medical career when he became a volunteer at a local hospital in Long Island, New York.   Dr. Araim earned his Bachelor’s and Medical Degrees from Emory University in Atlanta, Georgia.  Dr. Araim completed his general surgery residency in Ann Arbor, Michigan in 2005.  He completed his Vascular Surgery training in 2007 at the world famous Cleveland Clinic.  After that he moved to Visalia to join Dr. Campbell’s practice.   In 2011, they became South Valley Vascular Associates and formalized their partnership.  He is board certified in Vascular Surgery and his interests include:   Abdominal Aortic Aneurysms, Carotid Artery Disease, Peripheral Vascular Disease, Varicose Veins and Hemodialysis Access.

Dr. Araim is an expert in the treatment of carotid artery disease, and performs both carotid endarterectomy and carotid stenting.  While most patients are treated with carotid endarterectomy, studies have shown that some patients do better with carotid artery stenting, and Dr. Araim is an expert in the procedure. For abdominal aortic aneurysms, Dr. Araim generally recommends endovascular repair, if the patient has appropriate aortic anatomy.  Endovascular repair of abdominal aortic aneurysms is the standard of care for most patients, and generally only requires an overnight stay in the hospital. For patients who need open repair of their abdominal aortic aneurysm, Dr. Araim focuses on getting them through the surgery and recovery efficiently, so they can get back to their normal activities as quickly as possible.

Many patients come to see a vascular surgeon with complaints of leg pain. Dr. Araim sees patients with leg pain due to varicose veins or peripheral artery disease (PAD). For patients with PAD or varicose veins, it is also important to screen for non-vascular causes of leg pain. Dr. Araim recommends minimally invasive treatment for PAD, when appropriate, including balloon angioplasty, laser atherectomy, orbital atherectomy, and stenting.  For patients with extensive arterial disease of the lower extremities, a surgical bypass (femoral-popliteal or femoral-tibial), may be the best treatment option to improve blood flow to the legs, and only vascular surgeons like Dr. Araim have the expertise to perform leg bypass  procedures. Dr. Araim cares for patients with varicose veins, and most are treated with minimally invasive procedures, such as injection sclerotherapy and RFA vein ablation.  These procedures have little down time and a fast recovery.  South Valley Vascular recommends RFA vein ablation and injection sclerotherapy for treatment of symptomatic and cosmetic veins. Both of these procedures can be done in the office setting with little down time and fast recovery.

Dr. Araim is married and has three young children.  He and his wife Rawan, enjoy living in Visalia, and look forward to spending many years in the local community. Dr. Araim is a proud member of the Visalia Sunset Rotary. In addition, his interests include foreign languages, and he is an avid baseball fan. He also enjoys snowboarding and travelling. 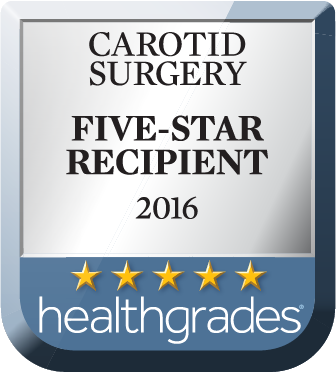